One of the problematic issues in timeshares today is what I call “The Blue Week Blues“. If you’re an owner at a seasonal resort, or contemplating buying at such a place, then this issue could affect you, so it’s important to understand. 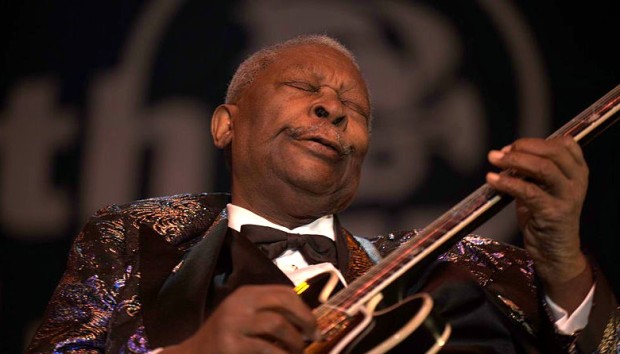 The whole thing came about when people who were probably well-intentioned but short-sighted, decided that everyone who owns a week in a certain size unit at a timeshare resort should have to pay the same maintenance fees. That sounds fair, doesn’t it?


I would speculate that this idea was originally designed to prevent some people being given unfair advantages over others. None of us would like to see a plan where the developer’s family and friends all pay a fraction of the maintenance fees that us “normal people” have to pay. That wouldn’t be right, would it?

In that respect, I can see how it may have been a very useful rule to have. That’s probably why it became so widespread, and was even codified into law.

This idea was propagated in numerous systems, to the point where now many US states require by law that all owners of a week at a timeshare resort pay the same maintenance fees as every other owner of a week with the same size unit.

If you’ve been around timeshares for awhile, then you’ve probably heard about “red weeks”. We all know that demand shifts over the course of a year, so people came up with a system of color coding to decide which weeks of the year would be counted as high, middle, or low season for pricing and valuation.

There are multiple color-coding season systems in timeshares today, but they all have the same intent. One of the most common systems, that used by RCI, is Red/White/Blue.

Each resort has its own schedule for when different seasons start and end, because the demand curve varies from place to place.

Everybody wants to be here on a day like this. Red week owners are happy!

In the days when a resort is first developed, lots of prospects are brought in and run through a sophisticated sales system to get them to buy. Here’s a scenario…

You spend a weekend at a lovely beach resort, in exchange for attending a “resort tour”. The tour naturally includes a session with a high-powered salesperson, who would love to sell you a week in a timeshare just like you experienced. Unfortunately, that one costs $15,000 because that’s a Red week, but you could get a White week for $12,000 or a Blue week for only $8,000. What a bargain! You can’t afford the Red, but it seems like you could make it work for Blue…

You can see how it makes sense for some people to buy like this. Sure, it’s not when you really want to be there, but you’re only paying half the price. After all, you get what you pay for, right? “Sure, honey – let’s go for it!”

How it works out for Red and Blue

Now let’s say you’re at a highly seasonal resort, like a beach resort in the Northeastern US. Here’s how it plays out between red and blue season owners.

(White season owners are somewhere in between, but I’ll ignore them for now, just to keep things simple.)

When you own a timeshare, you usually have the options of using your week, exchanging it for something else, renting it out, or selling it.

Using your week:
* If you have a Red week, then you’re there in the summer, enjoying beach activities in the warm weather. The kids are off school, and you all have fun with the beach, pool, biking, boating, tennis, golf, and other activities.
* If you have a Blue week, then you’re there in the winter when it’s cold, wet and blustery. It’s not beach weather, and it’s also not good for biking, boating, tennis, or golf. The pool is closed for the season.

Exchanging it:
* If you have a Red week, then you get top exchange power for your week, giving you access to the best timeshare trades wherever you want to go.
* If you have a Blue week, then your trading power is far less, limiting your choices significantly (other off-season weeks, smaller units, or lower quality resorts).

Renting it:
* If you have a Red week, then you can probably rent your week out to other people who want to be at that beach resort, for more money than your annual fees. You can actually make money on it, if you don’t want to use it yourself.
* If you have a Blue week, then you’ll never stand a chance of renting for near your fees. Hardly anybody wants to rent at a beach resort in the rainy winter, and the few who do have their choice of bargain accommodations. You’ll be lucky to get anything at all.

Selling it:
* If you have a Red week, then you’ve got what people want, and they’ll be willing to pay for it. Potential buyers realize they can get that summer beach vacation with the family, and some will also understand about the exchanging and renting benefits.
* If you have a Blue week, then it can be very hard to sell, or even give it away! Who wants to be at this closed-pool resort in the winter? Anyone who does can easily rent comparable accommodations for less than the annual maintenance fees of the week you’re selling.

A rule that started out to make things fair did exactly the opposite.

Red season owners get everything they want. They get a great season to use themselves, while paying less than they would to rent elsewhere. They get good trading power, rental income possibilities, and something with value to sell when they’re done.

Blue season owners get dismal weather and fewer activities, and have to pay more in maintenance fees than they would pay to rent. They have low trading power for exchanges, lose money if they’re able to rent it out at all, and have a devil of a time getting rid of this timeshare even if they try to give it away.

One group is happy with this situation – the system works in their favor. The other group has an unattractive low-value week, but are stuck in a contract to keep paying outsized (compared to their value) maintenance fees year after year, effectively subsidizing the Red week owners.

Demand isn’t so high on days like this. Blue week owners have little value.

This well-intentioned system has led to an untenable situation for people at many seasonal resorts.

Blue week owners who are underwater on their fees (owing more each year than the timeshare would be worth to rent) can end up with no good options.

It’s almost impossible to sell such a unit, because any intelligent buyer won’t sign a contract to pay annual fees for something in perpetuity, when they could rent the same thing for less with no ties or obligations. Even if they were giving it away for free, I wouldn’t take that deal.

Just like homeowners who are underwater on their mortgages, some percentage of them decide to just stop paying and walk away from the obligation, even though that will be a black mark on their credit.

Each Blue week owner who walks away leaves a unit to be foreclosed on that’s not paying maintenance fees. The costs of running and maintaining the resort have to be split among a smaller group of owners, which means rising fees. That means even more Blue week owners may decide to walk away, and the cycle continues.

Advice for timeshare buyers and owners

Do you know of any seasonal resorts with an issue like this? Any experiences or advice you’d like to share with others? Please leave a comment in the Reply section below. I’d love to hear from you!